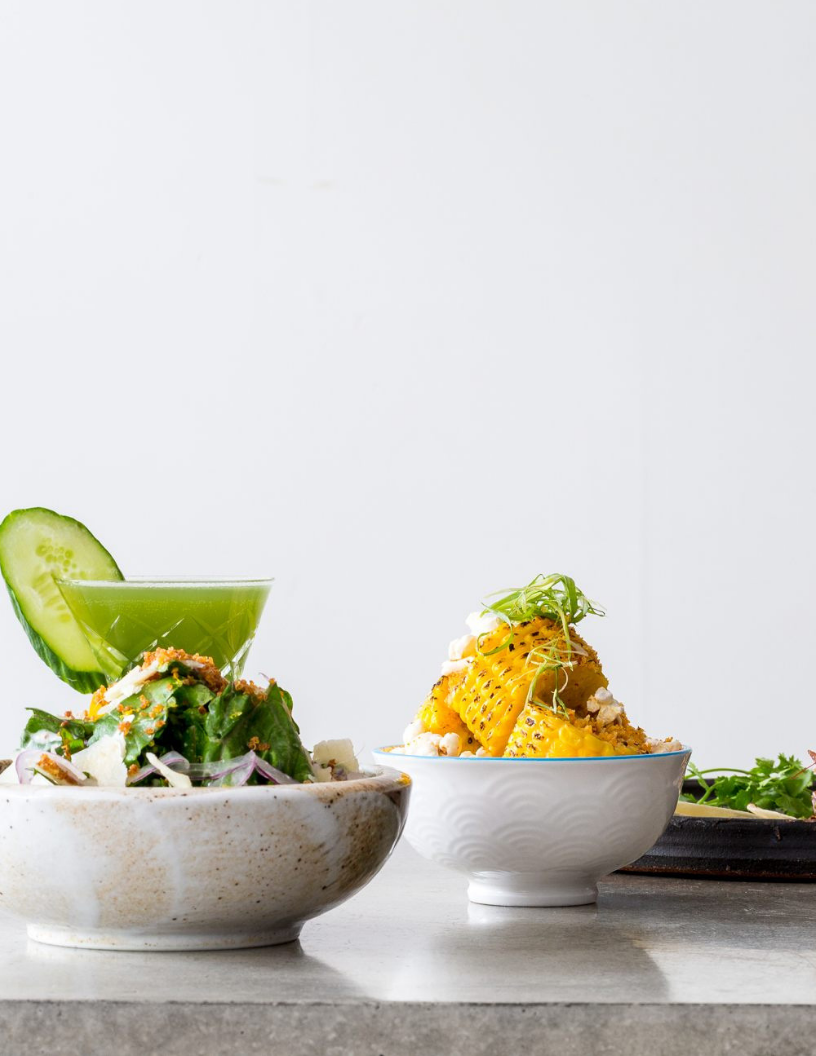 I DON’T KNOW WHAT LED ME TO UNDERESTIMATING TORAFUKU—
the Main Corridor near the mammoth, glistering pearl of Science World is a trove of culinary gems, like Bodega, Campagnolo and Pizzeria Farina. The restaurant’s oxblood facade is unassuming, framing a large window that illumines an interior that is spartan but not unambitious— there is a burnished concrete communal table that can seat at least 16 people. Above it, a long, exposed LED is mid-air, suspended with twine like a mobile. The chefs are serious as surgeons in the small, open kitchen behind the till.

Everyone’s head is down— they are quiet, methodical, studious. Watching them makes me realize the cacophonous ego of other Vancouver establishments— somewhere in in the city, there is a chef scurrying across the stainless steel chasm of an industrial kitchen, flitting between plumes of flaming pans. But the real masters are here— in plain sight, stolid as sentinels, orders coming to life in silence. From this soundlessness,  the waitress brings us Gone Fishin’, a  crisped market fish that looks almost primordial— coaxing the creature open, she gently lifts out the bone. It is like watching evolution in reverse, a god undoing its own creation. Nothing in the Torafuku kitchen is so raucous that I cannot hear the gentle wail of Prince’s voice in When Doves Cry.